I took a trip to Portland. Here is a part of the journey.

For such a small country, Jamaica has one of the richest cultures worldwide. While many try to duplicate, a significant portion of or norms can only be experienced here. Let’s Look at some of our norms that have been etched in our culture.

This is a true story!

So we all know cheating is a big deal business in Jamaica. You are not a real Jamaican man until you have three ‘baby mommas’ you don’t care about.

So Matthew, 27, met a beautiful young lady, Samantha, 22, and wooed her panties to the floor. But other than falling in bed they fell in love and formed a ‘serious’ relationship. No one expected Matthew to joke around. But there is something powerful about vajay-jays that makes Jamaican men giddy headed. Matthew met another young lady, Sasha, mother of two children, and immediately fell into her. Of course, it was an accident. This accident happened over and over on the streets of an apparently busy highway, until the evidence of the mistake could no longer hide itself. She got pregnant. Naturally, the Jamaican thing for Matthew to do is to keep it a secret from Samantha for as many decades as possible, stressing about a possible revelation until he dies of a stroke. Okay so no big deal right? Wrong! Sasha is also in a committed relationship with the ‘father’ of her babies, a man who already questions the paternity of the children ‘given’ to him, who clearly lack the phenotypical characteristics that defines a father-child connection.

Sasha, naturally is afraid to tell her partner her big secret as he uses the machete very well and his mental stability has not been confirmed. So she presented the news to him in a brilliant fashion, ‘Babes, we havin a baby! I’m pregnant, for you’. Problem solved. We will get back to this later.

Matthew continued his relationship with Samantha and four months after Sasha got pregnant, Samantha had some good news for Matthew as well. Yes, you guessed it, Samantha found out she’s pregnant!…For ‘Matthew’.

At this point I’m sure Matthew shouted the very same profane words he did while he accidentally fell into those holes without head gear.

He eventually built the courage to tell his sisters that he got two women pregnant and without a doubt it was met with much surprise. No one else knew. Sasha’s baby, Kimberly, became Matthew’s first born and is loved by Matthew’s supportive sisters. It was a sibling secret and they kept their mother in the dark regarding the birth of Kimberly.

Months passed and Kimberly grew to become the clone of Matthew. So much so that Sasha’s physically abusive spouse is now asking for a DNA test. It is important to note that Sasha is a very close friend of the family, who often stays at the family house. Mathew had to break the secret to his mother, who resides overseas. But of course, he had to deliver the message in bite sizes. He told his mother Samantha is pregnant and was about to have his baby. Matthew’s mother was happy to hear such good news so he paused there for a bit.

This is where it gets interesting…

So Matthew’s mom decided to make a trip to Jamaica to meet her ‘first’ grand child, for whom she brought many gifts. She decided to have the entire family meet up at the family house. Samantha had just given birth to Shannele and they made the trip as well. It would have been a grand and happy time for stressed out Matthew except Sasha and Kimberly were staying at the house at the time.

Sasha and the siblings knew the whole story but the siblings eventually had to let their mother know. Much to her disappointment as she had given her heart and cash to Shanelle. It is important to note that during the visit Sasha felt so left out and unwanted, that she left. But to this day, Samantha is unaware that her child is not Matthews first.

Should he tell her knowing it would mean the end of their relationship?

Should Sasha tell her spouse?

In my view, to be honest, the truth sometimes really really hurts. Lets hope this is resolved soon, without injuries.

I can’t say I am excited to see how this story ends but it does encourage me to keep it in my pants until it rots.

I am an independent observer/advisor of the events. All names have been changed for privacy. 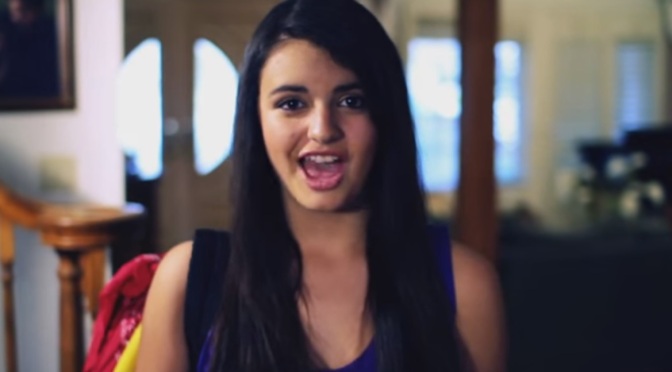 So its Friday! The day ‘nine to fivers’ look forward to weekly. My contentment led me to the popular video site Youtube.com, in search of a song that reflects my mood. I searched for ‘Friday’ and I found a song that was released in 2011 by a wonderful little white girl called Rebecca Black. The song surely brought a smile to my face as I listened to the pure, innocent lyrics.

The song is so amazing and I don’t know why millions of persons hate it so much. One should be awarded for such brilliant creativity. To top it off Rebecca’s vocals are on point with Beyoncé Knowles, Whitney Houston, Celine Dion and those big shot singers. So intrigued was I, that I had to press the like button on the video. Youtube.com did a very strange thing that I had never seen before. It asked ‘Are you sure you want to like this video?” and I clicked yes then subscribed for more. To demonstrate why I love this song so much, just look at the some of the lyrics:

[Verse 1: Rebecca Black]
7am, waking up in the morning
Gotta be fresh, gotta go downstairs
Gotta have my bowl, gotta have cereal
Seein’ everything, the time is goin’
Tickin’ on and on, everybody’s rushin’
Gotta get down to the bus stop
Gotta catch my bus, I see my friends (My friends)
Kicking it in the front seat
Sitting in the back seat
Gotta make my mind up
Which seat can I take?

These are everyday problems we face in developing countries like Jamaica. We can all relate, that’s why the song is such a big hit here.

Even with our luxurious taxis, when one arrives at the taxi stand, everyone just stops and looks at it because no one knows whether to kick it in the front seat or kick it in the back. Sigh, life is so hard.

Sentiments with which we can all agree.

[Bridge: Rebecca Black]
Yesterday was Thursday
Today is Friday
We so excited! We so excited
We gonna have a ball today
Tomorrow is Saturday and Sunday comes afterwards
I don’t want this weekend to end!

Like a bridge over troubled waters! Dah bridge yah bad! ‘Yesterday was Thursday Today is Friday’ Sounds like something Grace Jackson would say! Probably that’s why I like this Black girl so much enuh. Then she goes on to remind us that ‘Tomorrow is Saturday and Sunday comes afterwards‘. Such deep and powerful words! This girl deserves a Grammy ASAP!

If the song was any Whiter, it would be transparent. That is how pure and real Friday appears.

It doesn’t ever get much Whiter than this. I can’t wait for Saturday to be released. Rebecca, keep doing what you doing! You Rock! 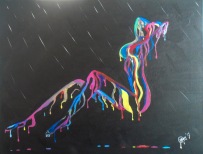 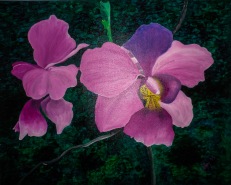