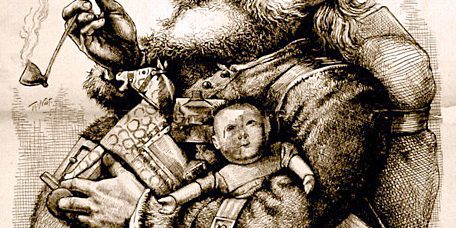 I woke up on the 25th day of December to a flood of messages wishing me blessings and season’s greetings. I received messages from persons who I have not heard from in ages and to be honest it felt good to be remembered. I later recognized that many of the notes I received were broadcast WhatsApp messages. So I was not a special as I assumed.

This got me thinking, of all the days of the year, why choose this one day to bring greetings? Why is this season celebrated as the ‘season of giving’? Can’t we give love every day of the year? In my view it is kind of hypocritical. The primary focus of the day is the celebration of the birth of Jesus. It is not known when Jesus was born so it would be very ironic to find out that on his actual birthday we don’t care about each other. The holiday is a great opportunity for us to take time off work and simple enjoy our family. But I don’t believe it should be labeled as a celebration of the birth of Jesus. Jesus’ life, for believers, should be celebrated daily.

Let us look at the history of Christmas

There is no biblical reference to support the celebration of the birth of Jesus on any particular day. Early Christians couldn’t even agree on the day Jesus was born. The recognition of the birth of Jesus on December 25 began in the third century, which  is a period pagan festivals were celebrated. Eventually the pagan origin was not associated with the Christmas celebration as the day became widely recognized in Europe. The celebration featured secular parties and as a result some Christians opposed the celebration and in 1644 a law was established in Massachusetts which criminalized the celebration. The modern celebration started in the 1800’s when the German Prince Albert brought his country’s tradition of decorating evergreen trees to England when he married Queen Victoria. The custom was adapted by the USA not long afterwards. The giving of gifts is a long standing tradition and initially it was symbolic of the gifts brought to baby Jesus by the wise men. It was seen as a great business opportunity during the growth of advertisement in the 19th and 20th centuries. So how did we come up with this Santa Claus character? Well, by now I’m sure you know there is no over weight man living in the north pole who slides down chimneys to give gifts to children. How creepy would that have been if it were true? This creepy ‘mascot’ was created  based on Saint Nicholas of Myra. He was well known for giving gifts. He was actually known as ‘Sinterklaas’. No, he did not sneak into the houses of nice children, nor did he punish the naughty ones. He was adapted as the model for the character but the character we see today is the result of years of change. He used to be featured in many different colors but the red and white color we know was the result of a Coca Cola advertisement which presented him in those colors.

While I was young and ignorant. I assumed this fluffy character was real based on the incredible media and marketing which featured him. I often wondered ‘Will Santa come to country this year?’ and when he didn’t I would beat myself up for being a naughty boy all year. It is amazing how we can make things seem so real, by just believing.

So all these cultural influences and a bit of marketing created the shopping holiday we know today. The day we all eat more than we should. The day we pretend to love our ‘friends’ and ‘neighbors’ more than anything in the world. We try to cover up the marketing scheme by forcing people to believe that they are actually celebrating the birth of Jesus. While there are persons with the honest intention of doing just that, the primary benefit is for the businesses which makes the bulk of their profits this time of the year.

Don’t just give love on Christmas day, give it all year long. Give gifts to your friends and family when you can and not at a period defined by adapted cultures. It is so sad that Jamaica is so involved in this global tradition, while putting aside our very own!