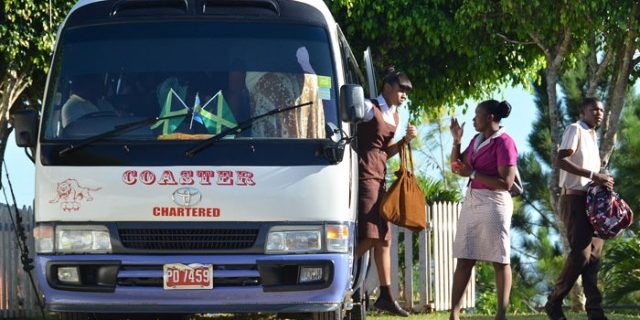 I moved to Kingston in 2009 to pursue my first degree. At the time I was paying a fine of $100 for my taxi fare. Last year when I sold my Honda I had to use public transportation for a couple of days and still, the fare was $100, exactly 10 years later. If we are going to count 2020 as a year that would make it at least 11 years since taxi fares have been $100. At least that I can remember. Before then I was just a schoolaz.
In 2009 1 USD was 88 JMD. Now 1 USD is 145 JMD give or take a few. Oil prices have not changed consistently but the year started with oil prices around the same as it was in 2009. The pandemic has pushed that down. I’m not even sure why I mentioned that because the reduction in oil prices are not usually reflected at the pumps in Jamaica. So let us say gas prices are higher than they were in 2009. Doesn’t this justify a raise in the fares for public taxis? I don’t want to make myself a public enemy so let me just say that I’m not advocating for an increase, nor do I have a taxi on the road (though I want to I have trust issues). Here is why the fares have not changed

Have you ever given a taxi driver a JMD 1000 note only to hear him suck air between his teeth and say “mhummy yuh naave nuh change?” Well, that’s the problem right there, change. It is easier to provide change when taking $100 from any larger note because of how our physical currency is divided. If the fare was to be increased to $120 and a passenger gave $150 to the driver, the driver would have to produce coins as change. The driver also would have to accept more than 1 note for each passenger (a note plus coins or multiple notes). This will cost the driver time and as you know time is money. They could increase the fare to another value that is also convenient such as $200 or $150 so only paper notes are used but such a significant increase would take years to justify. Well, it’s been years.

Taxi drivers make money! Demand is high. If you don’t believe me try taking a taxi from Halfway tree to Papine during rush hour. May the strongest barbarian win. It is likely that a taxi will have a full complement of passengers so they will be profitable. How do I know this? So I owned a 15-year-old Honda and I meticulously calculate the fuel consumption and cost of gas among other costs. To take me from Halfway Tree to Papine would cost me $200. Of course, this depends on several factors. The fuel efficiency of cars increases with the years so I expect most taxis to have better efficiency. I switched to a hybrid and the same journey will cost me $75. Significantly less. So if a taxi has at least 2 passengers it should be profitable. A full complement today still has at least a 50 % profit margin.

The 7 seaters
Then there are 7 seater cars. Don’t you just hate when they force you around the back seat made for 2 kids and they want to fit 3 adults there?? Taxis are trying to transport more persons so they are still very much so profitable.

The minimum wage in 2009 was $4070 per week now it is $7000 per week. This marks a significant increase but it is still a very small amount of money. If a minimum wage worker takes 2 taxis to work and 2 from work that’s $2000 each week on taxi alone! That’s around 30% of income and some minimum wage workers even have to use more taxis.