Why I Bought A Hybrid Vehicle 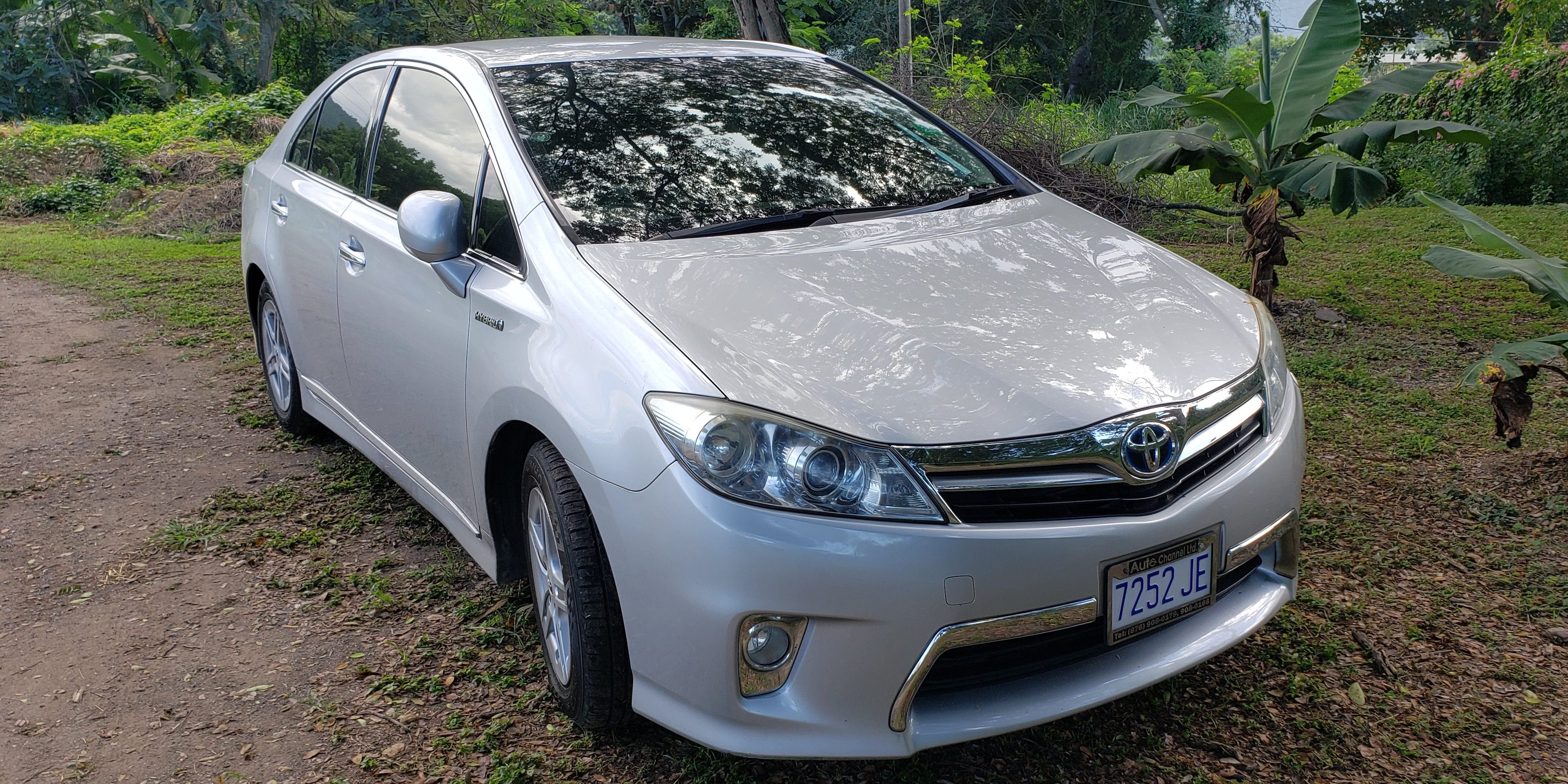 I was going to buy a Prius but I heard about the kind of nerdy men associated with such vehicles. I wanted to know how I could be green but cool. I was stressed out. Sai. Anyway, I found the one that claimed to balance fuel efficiency with that cool factor that is only associated with the hot boys.

What are Hybrid-Electric Vehicles

The hybrid system, made popular by the Toyota Prius is a combination of the traditional gasoline engine and an electric motor powered by a battery. The battery is charged from the extra electricity produced by the gasoline/combustion engine while it is running. When the car is stopped or driving slowly, the combustion engine turns off and the electric motor runs the vehicle (this is the design of the Toyota hybrid system. Others may vary in design). The combustion system is very inefficient and will always be inefficient due to the energy lost in the form of heat and sound. In a typical non-hybrid vehicle the engine powers the alternator which provides electrical power to charge the car’s battery and power other electrical components. In the Hybrid system the battery is much larger and can store a lot more energy to power the electric motor and the air conditioner etc. The battery is charged by a DC to DC electric generator which works in a similar manner to the alternator.

The traditional car uses a lot of fuel when running idly at a stop or in traffic. They also use the most fuel when accelerating, especially from a stop. This is where the hybrid system assist in conserving fuel and can also improve the vehicle’s speed and acceleration.

I meticulously record my gas consumption and my car’s maintenance expenses. I record this in such great detail that I can tell you exactly how much money I spend on gas for the entire year and the total distance driven for each fill-up. I use the Simply Auto app for this, to make it easier for me.

Before I dive into the details of fuel consumption I must declare that I am a pedal squeezer. Thus, the gas mileage of my vehicles could be much better with deliberate effort. Since switching to a hybrid-electric vehicle I try to improve my fuel consumption as the car ‘rewards’ the change in driving style. With that said, the values that will be described are real life values what you may use to guide your decision to go hybrid.

My Honda City (2003) was pretty fuel efficient. At that time I recorded fuel consumption in a practical manner. I knew that where a journey from Papine to Half Way Tree and back would cost 200 JMD on a taxi, it would cost about $400 while driving. With my hybrid vehicle I can cut that cost to 150 JMD making it cheaper to drive than it is to take a taxi (excluding maintenance cost). The following are reasons I chose to buy a hybrid vehicle. I spent 20,000 JMD per month on gas when I had the Honda but since switching to Hybrid for the same average journey I spent 10,000. All this while moving from a 1,500 cc engine to a 2,400 cc engine.

This is the number one reason for me. Consuming less fuel for the same journey minimizes my carbon footprint. I intent to go full electric when that option becomes available at an affordable cost.

I recognized that my fuel charges while driving the Honda were due to me being stuck in Kingston traffic all the time. I thought switching to a hybrid would save me a ton and it did.

People are usually concerned about the battery eventually dying which is a major expense. But reports have shown where persons have the original batteries working for decades. Others estimate a life of 10-12 years while Toyota declares that the battery will last the life of the vehicle. Whichever case is correct the battery pays for itself several times throughout its life cycle. If I had a traditional vehicle. I would need to change my 12 volt battery every 1-2 years or I would be stranded on the road for sure. This is no longer a concern.

Given no battery change is needed, I will never need a jump-start. I remember leaving my lights on all night. I woke up, started the car with no problem. With a traditional car, I’d be stuck.

I therefore have no reservations in recommending a hybrid vehicle. My only caution is for you to find a mechanic competent enough to work on your vehicle for servicing.