Should We Scam Them? 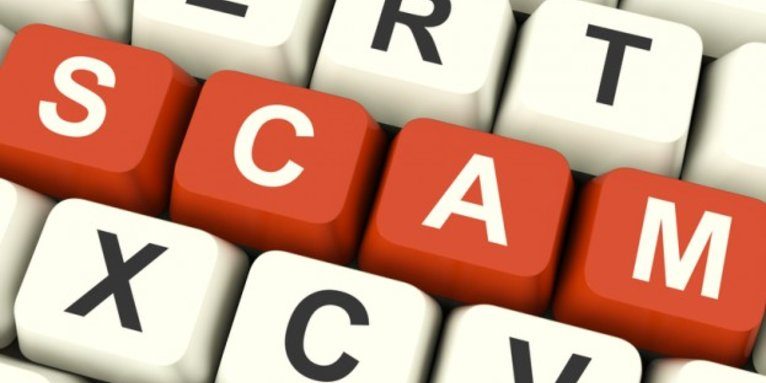 The Jamaican law enforcers have been working very hard to combat the rise in the lottery scams that have been associated with the nation in recent years. While I believe it is silly that persons actually get tricked by these scammers I cannot help but frown upon this unlawful and unethical behavior. Living on the side of life where the grass isn’t greener, I entertain thoughts of how I can make an extra change. As blacks we struggle to make it in this world, we have been placed at the 200 meter start line in the race to success while the whites start at the 100 meter mark. This disadvantage is a direct result of the slavery we endured for centuries. Isn’t it fair that we are paid some form of compensation from the countries which have been made exceedingly wealthy because of the inhumane torture we had to endure, for them? To be taken from the comfort of our African homes, to suffer for their sake is a deep wound that may slowly heal, but the scar will always be quite obvious. A little compensation may assist in purchasing some garments just to cover the wound.

I stumbled across a very interesting song by the troubled, incarcerated dance hall artiste Vybes Kartel recently. The song is entitled “Reparation”. In the song he expressed his belief that as long as the scammers aren’t buying guns or supporting violence, then tricking people into handing over their money isn’t scamming, but it is reparation. You may listen here:

I understand the point he is trying to make here and without much thought it may appear logical. Unfortunately, lottery scamming has been associated with murders and the importation of guns. I have not seen where the country has in any way benefited from the scamming activities.

Jamaica has been making requests for reparations from the UK and an offer was made by the UK’s prime minister, David Cameron. The offer was to build and fund a prison in Jamaica. A prison! Not well needed funding for hospitals or schools, not island wide infrastructure development, a prison. What a spit in the face! Is it a place where they may store Jamaican prisoners who are living in the UK? So to sum this up a bit; in order to repay us for keeping us in captivity, they are going to build us a prison. I do hope the Jamaican government handles this with some amount of logical reasoning.

With that considered I refer once again to the Vybes Kartel song. It may seem fair to obtain money from the UK using unethical means. Slavery was wrong, so is scamming. Two wrongs won’t make a right. It is unfortunate that Vybes Kartel has so much influence over the young, uneducated, unemployed population, who may even venture into the world of scamming after hearing his song.

The scammers are talented people who I encourage to pursue a legal avenue to earn a living. Some have fairly good telephone etiquette and are computer literate. They can easily get the required qualifications to work at a marketing company or a customer care center. There are other options, the easy way out is seldom the best.