To Beat Or Not To Beat

You are here:
JamaicanJamaican Culture 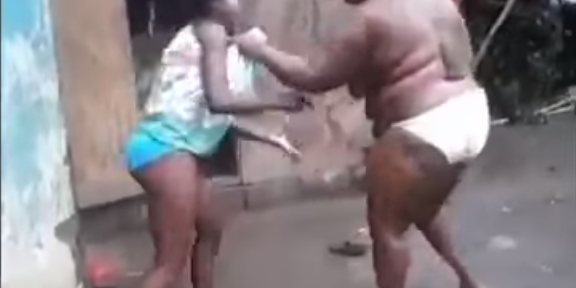 It was a cold dark night, full of mischief that evades memory. I stepped through the gate like I was the ‘man a yaad’, only to be greeted by the lady of the house. She was clearly angry about what I had done. Back in those days we kids didn’t have smart phones, so I doubt it had anything to do with nude videos on Instagram or voice notes telling her how good it taste. But whatever transpired that night was whipped from memory as the lady of the house made her inquiries. We were still at the gate, lack of preparation this time around prevented her from having the special leather belt with the names ‘Aldeam’ and ‘Everlee Facey’ etched on its buckle. As she held my shirt, I could see her silhouette looking left and right for an instrument of correction. Knowing this I made attempt to escape the prison of her arms. But like the love of God ‘neither death, nor life, nor angels, nor principalities, nor powers, nor things present, nor things to come, nor height, nor depth, nor any other creature…’ was able to separate us. As I struggled to be free I recognized the strength of a woman. She finally found a substantial element capable of forgiving sins, purifying and creating a new creature. A loose chain hanging from the gate became less an item of security, less an element of aesthetics but became a whip, a lie detector test and a rod of correction. As the chains of Olympus fell squarely on my back, ‘wooii’ was my cry. All secrets were revealed, all apologies made and the lord was remembered.

‘Look from when mi a call yuh?’

With each question tied to a swing to encourage a speedy response, confirmation was guaranteed. The session was probably two minutes long, but it felt like an hour. All I know for sure, is that whatever I did, was never repeated.

Memories of my most noteworthy spankings floated around my mind as the video of a young girl being spanked by her mother was echoed by the Jamaican media. Naturally people took sides; some believed the mother (who has since been arrested) was too extreme and was guilty of child abuse, others thought nothing was wrong. It may seem contrary to the truth, but based on my experience, such expressions of anger by a mother, when her child misbehaves,comes from a heart of pure love. She wants what is best for her child, she doesn’t want her daughter to make the same mistakes she did. At least that is what I believe. Our culture is supported by a large number of people who believe they should never ‘spare the rod and spoil the child”. Majority of the Population are Christians and as a child I often hear the following text used to justify spankings:

“Proverbs 13: 24 He that spareth his rod hateth his son: but he that loveth him chasteneth him betimes.” (KJV).

There are many other methods of punishing children for their misconduct such as removing privileges. In the context of rural Jamaica, where such privileges were initially nonexistent  that may not be the best option. I don’t believe there is anything wrong with spanking, majority of the concerns regarding the recent video was the mothers use of the machete. Now clearly, this mother knew what she was doing, clearly she is an experienced machete wielder. No dogs or children were chopped and as in my case, that was probably the closest ‘rod of correction’ she could find. In any case, I disagree with the use of a machete as it is a ‘high risk’ choice but I completely support spanking!