I Can No Longer Remain Silent: Mi Affi Bawl Out! 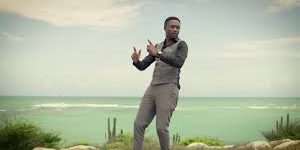 A recent song release called ‘Bawl Out’ by performing artiste ‘Chozenn’ has created some controversy as the song clearly mimics a very profane dancehall song of the same name by ‘Dovey Magnum’. In the event you have never heard the song ‘Bawl Out’, below is a preview (warning, very graphic).

Here are a few lines from the song: “Lawd Gad how yuh feel suh good? Mi love how mi P*$$y jus a grab yuh hood. Mi caa wol it, baby mi caa wol it. Mi caa wol it mi a bawl out…” It is hard to imagine a conversion of this song that would facilitate spiritual ministry. Now, listen to the ‘gospel’ version of ‘Bawl Out’:

So, there are a few things to consider. Is this song really gospel? What was the artiste’s intention? Why is this a big deal? Gospel music is a genre of christian music which may not have a specifically defined style as it varies according to culture and social context. It is however either slow and meditative or fast and repetitive with the primary intention being spiritual focus. Now let us imagine dancehall music, which is a genre characterized by a fast rhythm usually of a track instrumental accompanied by sharp rhymes of lyrics usually describing strong sexual themes, violence, dance moves or social issues. Jamaica has seen the establishment of a new genre called ‘Gospel Reggae’ which honestly is not for everyone.

The issue I have with the conversion of graphic dancehall music to gospel is that the objective of ministry is not achieved. Note that Love 101, a popular gospel radio station, has banned the song ‘Bawl Out’ from playing on their frequencies. The attachment of these songs to their origin makes them very ineffective in ministry. Imagine playing ‘Bawl Out’ in church, can that song aid in worship? How ironic would it be for the wrong words to slip out due to the similarities with the original song. If the dancehall genre was initially established with strong positive and or religious themes such controversies would not exist.
Here are my OPINIONS regarding the new version of ‘Bawl Out’